Journey to the Sacred Sites of Philadelphia!

Freedom to worship created by William Penn led to a celebration of a diversity of faiths, backgrounds, and points of view in Philadelphia! Tour Christ Church, The Cathedral Basilica of Saints Peter and Paul, Beth Sholom Synagogue, Mother Bethel AME Church, Laurel Hill Cemetery, the Masonic Temple, and Faith and Liberty Discovery Center. Explore the love in Philly on our personalized walking tours of America’s sacred sites.

Our tours of the Philadelphia region’s holy sites are authentic, memorable special opportunities for visitors of all faiths to experience the love in Philadelphia. Join us a for a faith inclusive single or multi-day tour tailored to your needs.

The Cathedral Basilica of Saints Peter and Paul

Situated on Philadelphia’s Museum Mile, the Basilica was the site for Pope John Paul’s mass during the World Meeting of Families in 2015. The Cathedral is the largest church in Pennsylvania. The historic site was built during unsettling religious riots, you can see the architectural influenced by the conflict.

Considered the finest example of colonial craftsmanship and Georgian architecture, this church was the center for worship for our founding fathers. Congregants included 15 signers of the Declaration of Independence. Visitor’s can toss a penny onto Benjamin Franklin’s grave for luck.

Beth Sholom Synagogue is the only synagogue designed by Frank Lloyd Wright. It has been described as a translucent tent with symbolic crockets and reflected natural light. The beige carpet represents the desert and even the entrance of the building welcomes you with “God’s Cupped Hands”. A large triangular stained glass chandelier marks the focus of the sanctuary. See the structure that the American Institute of Architects declare as one of Wright’s 17 most significant contributions to American architecture.

The first African-American church  in the United States, dedicated in 1794. Richard Allen and his wife Sarah are buried in the church’s crypt. The three-story structure is styled with Romanesque features adorned with stained glass from Germany. Rumored to have a tunnel connecting the church with the Quaker meeting house nearby to aid the underground railroad. 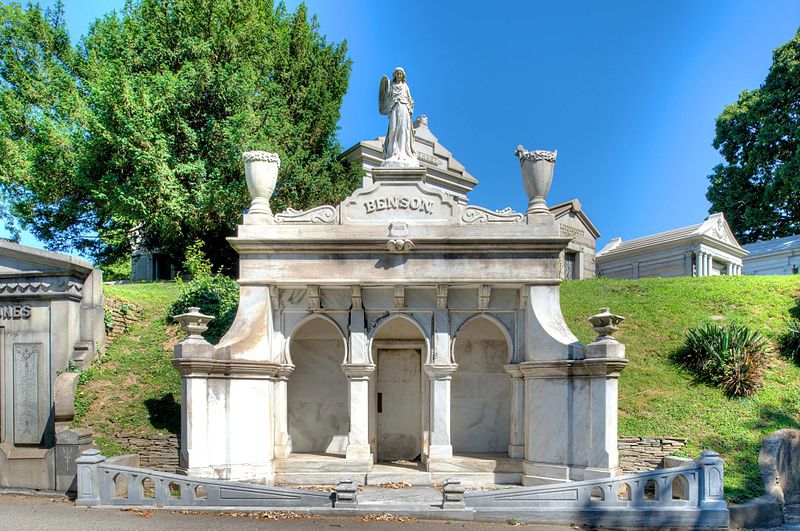 Laurel Hill is the second garden-designed Cemetery and the first National Historic Landmark cemetery. Nearly 300 well cared for species of trees and shrub benefit the native wildlife. Laurel Hill is a Level II Arboretum and leaders in sustainability management.

The Temple was designed in the medieval Norman Style by James H. Windrim, who was 27 years old at the time. The massive granite cornerstone, weighing ten tons, was leveled on St. John the Baptist’s Day, June 24, 1868. The ceremonial gavel used on that day by Grand Master Richard Vaux, was the same gavel used by President George Washington in leveling the cornerstone of the nation’s Capitol building in 1793. Marvel at the architecture and learn about the secretive society.